Also Visit WWW.positivetalkradio.net for more because -We are Declaring our Freedom From Hate, Division and Fear- We have entered into a very difficult time, with the virus, politics and the lack of love we have for one another. This podcast is all about the fact that we are all one. One people, one soul, one mission. That mission? Love. Love of self, love of each other and just a better way of living. Each and every episode speaks to our intention to be better for ourselves and each other. This body of work features some of the most gifted people on the planet. I have had the great fortune to meet and interview these people and freely give them to you. You will laugh, cry and be amazed that the information presented here. Please take the time to listen to these wonderful souls presented of almost 20 years. - Kevin McDonald

Joelle Prevost holds a master’s degree in counseling psychology and is a registered clinical counselor (British Columbia Association of Clinical Counsellors), a licensed teacher (British Columbia Teachers’ Federation), and a passionate communication-skills coach. She has worked in high school, group, and one-on-one settings. In private practice, Prevost works with individuals and couples experiencing communication challenges, anxiety, trauma, and chronic illness. In her spare time, she writes music, makes cold-process soap, plays pool, and enjoys hanging out with her dog and cat in her native British Columbia, Canada.

Kristy Russ is the Maverick Pharmacist Functional Medicine Health Coach with over 25 years of experience in helping people both improve and preserve their health. She helps discover and fix the underlying cause of your health issue, rather than the bandaid solution of standard medicine. She especially works with those struggling with exhaustion, chronic pain, autoimmune disease and the never-ending weight loss battle. Kristy empowers you to take control of your health. She does this by emphasizing realistic nutritional and lifestyle changes that everyone can make and tailoring recommendations to your specific needs. The experience of her own difficult health journey, knowledge and abilities as a pharmacist, as well as her functional medicine training are valuable tools in accomplishing significant results.

My new book, It’s Your Life, Isn’t It? paints a picture of how to look back at your past, analyze your present, and reimagine your future. It provides a way to assess your desires, your strengths, and weaknesses and to put these into a framework that will help you construct a more fulfilling lifestyle.
The theme of the book is based on how to manage change. Throughout my lifelong career as an entrepreneur, as well as seminars I have attended, and countless ones I have conducted, in many parts of the world, I believe that I have a broad perspective. It openly discusses the successes as well as the failures, and the lessons learned from the achievements and the errors. Many of the life stories came from those programs, as well as the friendships I have been blessed with over the decades. – Beverly Kievman Copen

You can purchase It’s Your Life, Isn’t It? On Amazon and Lulu!

AN ODYSSEY OF SURVIVAL AND GRACE
Birthed into poverty and violence, my early life was one of extreme vulnerability. I spent long evenings in the spell of neon lights outside the military bases of my childhood where my mother picked up men. My mother prostituted me for the first time at age nine. I found refuge in the world of language, books, music, nature, and the world of Spirit. There were human angels who came into my life, each for a short time, with the face of compassion and whispers that left behind miraculous seeds of hope and the ability to reach out and past the unbearable circumstances of my life, again and again.  Institutionalized shortly after beginning college, I would not have survived if not for Sydney, a courageous nurse who fought for my release. When I first began this book, I searched for and then learned from her that the institution I was held in was conducting experimental research. My unwillingness to be compliant and take prescribed pills led to my commitment to the worst state hospital in the Illinois System.As I began writing this book, Sydney and I returned to Elgin State Hospital for a visit and conducted archival research. We discovered that throughout the Cold War our nation used thousands of vulnerable, unsuspecting citizens as research subjects: newborns, institutionalized children, African-Americans, Native Americans, prisoners, mental patients, and our own military. But this book is not just about surviving the impossible, it is about recovery of the soul, healing into wholeness, and the possibility of living a luminous life.

Julie Gianelloni Connor started out thinking she would be a writer, detoured into the U.S. Foreign Service, and after retirement returned to a writing career. She is the author of an award-winning book, Savoring the Camino de Santiago, and the owner and editor of Bayou City Press in Houston, TX, which focuses on writing about travel, Houston, and international affairs.
Born and raised in Baton Rouge, Louisiana, Julie finished prep school at The Dana Hall School in Wellesley, Massachusetts, before heading to Houston for Rice University. Her undergraduate B.A. in English and history was followed by an M.A. in creative writing from the University of Houston. She also studied journalism at Louisiana State University, during which time she interned at the Baton Rouge Morning Advocate.
Among her jobs in her 20s, Julie taught English as a Foreign Language in Lisbon (Portugal), Barcelona (Spain), and Wimberly (England); was a Teaching Fellow at the University of Houston; and worked in the private sector for a law firm and an audio company.
In 1981 Julie began her diplomatic career with the U.S. Information Agency, principally working overseas at embassies on press, cultural, and exchange issues. In 1999 USIA was absorbed into the U.S. Department of State, and Julie continued her diplomatic career there until her retirement. During a 33-year career, Julie rose to the senior Foreign Service while serving overseas nine different times in seven different countries: Israel (twice), Paraguay, Guatemala, Indonesia, Colombia (twice), Malaysia, and Chile. She worked in fields as diverse as anti-narcotics, nuclear nonproliferation, and women’s issues.

MIR- Edward Tick-PhD is a nonfiction writer and poet. He is a transformational healer

Edward Tick, Ph.D., is Founding Director of the non-profit Soldier’s Heart, Inc. Honored for his groundbreaking work in the spiritual, holistic and community-based healing of veterans and Post-traumatic Stress Disorder, Dr. Tick has been a psychotherapist for 39 years, specializing in working with veterans since the 1970s. Dr. Tick is an internationally recognized educator and expert on veterans, PTSD, and the psychology of military-related issues and has conducted trainings, retreats and workshops across the country and overseas. He has lectured and trained staff and worked with wounded warriors at West Point, Walter Reed Army Medical Center, Forts Hood, Knox, Bragg, and other Dept. of Defense facilities. The Department of Defense now uses his pioneering work and he was the U.S. Army’s 2012 trainer for its annual Chaplain Sustainment Training in PTSD. He is a tireless advocate for war-healing and peace-making, lecturing around the world and leading semi-annual educational, healing and reconciliation journeys to Viet Nam and Greece. Dr. Tick is a gifted healer, teacher and guide specializing in using psycho-spiritual, cross-cultural, and international reconciliation practices to bring healing and hope to veterans, communities and nations recovering from the traumas of war and violence.

Rev Rob has an incredible Life story, all with one underlying theme. To Help People, and great episode 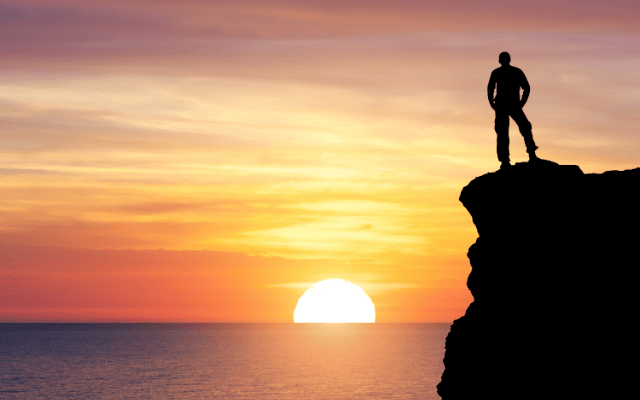 Founded in 2021, KM Media.pro was created to provide a positive outlet for great programming focused on a positive attitude and philosophy. Our shows include My Independence Report.

all providing a little different perspective and guest profile. With Think Energy providing an energy  based metaphysical content not found anywhere else. All our shows are uplifting and positive in their own way please visit them all!